So it’s half term holidays for the kids, which comes with it’s own pressures but also means the roads are less ridiculously busy, away from Hallowe’en events and trampoline parks in any case.

Today we are in the north – a meeting with clients at the site of their proposed new flats in Leeds but first a check through the week’s schedule and reminders to follow up where we are with a number of client’s proposals with Councils, calls to officer’s where needed (or indeed, possible – they’re all off it seems), discussions had, points listened to and rebutted where deserved, actions noted and who to do what and when, then brief updates to clients themselves. I set aside at least an hour for this each day but more often it takes more – a lot is spent waiting for council’s browsers to load (or be maintained), phones to be answered – crucial but often very frustrating parts of the role!

A good client meeting in Leeds is followed by an impromptu look around two other sites they have in mind, a long call with our web team, and then it’s up the road into North Yorkshire for another meeting – this time with planners ona planning application for 8 new houses. The site is perfect in all but classification – its brownfield, well connected but not classed as being within the ‘urban boundary’ (it sits squarely between two parts of it, each not more than 100m east or west, so an anomaly of sorts) but a strong case has been put forward after lengthy discussions with officers over its status under the National Planning Policy Framework, as well as the continued lack of a five-year housing sites in that borough. Today’s meeting is principally about access – the regional bus operator rather inconveniently put a bus shelter right next to the access a few years ago – Great for sustainability and enter-cnnectedness but it affects the vehicle-vehicle sight lines ‘required'(‘required’, as we are not changing the access, nor is it getting busier, but the Highways officer feels new users will need some added safety). Our view is the access has operated quite safely for decades and that ‘new’ users will soon get used to it (they will live there after all), but in the end it might be easier to pay for the shelter to be moved further up the road – it’s one of those cases where costs don’t just mean material expenditure but time, and if moving it saves two months of going back and forth for council AND Bus operator approvals, supervisor approvals and more, and removes any uncertainty on the issue we can then just concentrate on the big ticket issue of gaining officer support for the planning permission. We put a strong case forward. The highways officer is sympathetic, but we shall have to wait for their conclusion – its resolvable either way.

Since we’re well out of the office its then a case of finding a wifi-ed up office (in this case a cafe by the sea, autumn waves crashing in off the north coast) to finish off the day project managing some imminent submissions, catching up on emails and calls, consultant queries, and putting the finer detail to a Design and Access Statement for a new development of flats and shops in London. Oh, and coffee, and cake, just a bit. It is autumn after all,.. and will be heading back to Harpenden the day after to continue from there,…

We often get asked from buyers what can you do with a property to make it your dream home, and similarly we’ve prepared packages for sellers who want to give prospective buyers that little bit extra in showing the possibilities that could be added. In response we’ve put together a more streamlined feasibility package for these purposes which we feel will provide a sold foundation of confidence for any prospective buyers, and with an enhanced format for sellers (including draft plans and architectural sketches) to give that little bit extra to any sales offer. Starting at £225 for you can add to this to suit your needs. Call us on 0333 9874286 or use the contact form to find out more.
Orbis Town Planning Consultants 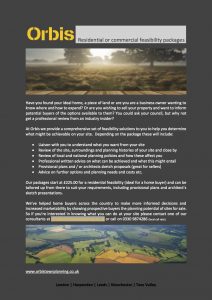 The summit, which lasted 75 minutes, was attended by ministers, the chiefs of Barratt Developments and Taylor Wimpey, alongside representatives from local government, registered social landlords, small builders and housing professionals.

A Downing Street spokesperson said May outlined her plans to increase housing supply “which means developers, big and small, local authorities and housing associations all stepping up to play their part”.

The summit discussed how to ensure planning permissions granted by councils delivered new homes, modern methods of construction, future supply of skilled workers and help for small and medium-sized builders.

“It was encouraging that everyone around the table agreed with us about the important role councils must play and pleasing that the prime minister is taking personal ownership of this challenge,” said Local Government Association chairman Lord Porter, who attended the summit.

“The last time we were building the number of homes that the country needs, in the 1970s, councils were building 40 per cent of them.

“Councils want to get on with the job of building the new homes that people in their areas desperately need again and are already playing their part by approving nine out of 10 planning applications.”

Commenting on the summit, Wedlake Bell planning partner Jay Das said no one person or organisation “has the magic wand” to solve the housing crisis.

“To be successful in the short term – before the next general election – the prime minister will need to focus on industrial and brownfield land, and more building by the public sector to show any real progress during her term of office,” she added. “Any legislative reforms are highly unlikely.”

Back to the Furure ?

Been really interesting looking at the launch of the South Tees Regeneration Masterplan as of yesterday, 18th October. Our director based part of his thesis on the zone some,.. (a good while ago – 21 years indeed) and it does seem like it includes a lot of the same rhetoric and statements that would have been touted back then. The world has changed a lot since then and us with it, but basic economics have not, so it will be interesting to see what form this strategy takes for redeveloping this huge sub-regional site.

Here at Orbis we are a collaborative structure operating through England.  We therefore have consultants who meet our high standards, and who can access our resources and information network across the UK.

Bespoke individual houses in both cities and the countryside.

Commercial, Industrial and retail development. Out of town and edge of centre.

Lets be upfront – we were not involved in this project in London (though we have worked as planners jointly with the architects with similar success). The site is incredibly small and long, and backed onto by established family housing on one side – not exactly prime development land to 95% of buyers. Planning permission was attempted several times and refused each time. Then in stepped Peter Barber Architects with a more radical approach, but also a pragmatic one, all of which is bolstered by high quality design and, the use of high quality but simple materials such as replacement granite setts to the access way, and a sloping green roof facing neighbouring houses. Clearly a bespoke and innovative approach, but one where creativity won the day.

It’s an approach we strongly advocate at Orbis for the appropriate sites. Many’s the time we’ve recognised that an exemplar design will help greatly in overcoming perceived planning and neighbour issues, getting planners and urban designers on board. If you have a difficult site, or just one where a little extra might be required, get in touch with us at orbis town planning – the planning and development specialists. 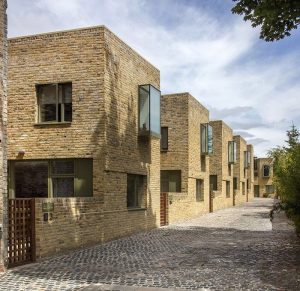 It’s a question I was often asked when working in council planning departments – what’s the easiest way to get planning permission ? For a new house etc. there’s a belief that putting forward an uncontroversial design will be seen under a better light than putting your neck out above the parapet a bit. The planners want less, not more. I believe this view is misconceived – an unimaginative design might not generate as much neighbour response, but that isn’t necessarily the case with the planners themselves, and 95% of the time it’s the planners you need to satisfy, not the general views of the general public. Put yourself in their position – they’re dealing with maybe 150 applications each per year and one after the other seem largely the same. When they can see someone has put a real design effort into a planning proposal in my experience it generally solicits a greater level of support and ‘but-in’ by the planners. It MIGHT still face a slightly rougher ride by the non-professional council members (think jury as opposed to lawyers) but on the whole different and new design need not be feared if that is what you want to do. In the end it is your house and and your investment, you have to live with it, so I always advise start by thinking of what you want from your property and then take reference from the surroundings (form, spacing, heights etc) but you certainly do not have to feel you must present a pastiche of what is around you to gain council support. With our experience and contacts we can guide you through this process and even suggest the right architects for you and your proposal.

As an example of this, I was once presented with a proposal to build shops and flats when working at Kingston upon Thames. The architect (a fairly experienced firm) had put forward a two storey scheme that was in truth, pretty unimaginative. I asked them directly, ‘what led to this design and scale – everything around here is 3,4, even 5 storeys?’ and they admitted it was because they felt it would please the planners more. They admitted it was rare that a planner asking them to increase the floors was not expected, but they did, and the end result is a building which properly addresses the corner junction it sits aside, as well as doubling the number of flats within it from 3 to 6 (not a bad return when you consider each flat is now worth circa £350k) 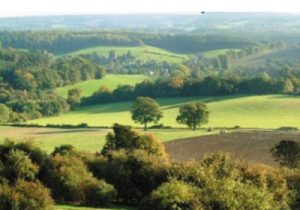 Warning: count(): Parameter must be an array or an object that implements Countable in /homepages/1/d697725952/htdocs/orbistownplanning/wp-content/plugins/custom-twitter-feeds/inc/CtfFeed.php on line 945

Two great appeal successes recently against rash enforcement cases that simply did not review each site fully before issuing. Great to win but sadly, a sign of the times